Claire Haas is a musician, composer, and trombonist based in Lisbon, Portugal.

As a composer and improviser, Claire seeks to create music that is in dialogue with her communities. In a time of rising fascism and climate change, she takes seriously the role of culture to help us survive, support each other, and fight for the world we believe in.

In March of 2020, 9 months pregnant on the night before her due date. she both nailed a high Db and played an improvised solo she was proud of on the stage of Yoshi’s in Oakland with Mary Lou’s Apartment. It was a great end point to her time in Oakland where she’d played in brass bands, co-led a trad jazz band, and been a regular part of a vibrant musical scene.

In 2015-2016, she spent time in South America and in particular in Brazil, learning about Carnival musical traditions in Rio de Janeiro and studying Portuguese. She played with Damas de Ferro – an all women’s band in the neofanfarrismo movement, as well as playing in a variety of Carnival blocos such as Ceu Na Terra and Na Moita. She also paraded with the samba school Estacio de Sa.

Originally from Ohio, she is an alumnus of the Bluecoats Drum and Bugle Corps and holds a bachelor’s degree from the Capital University Conservatory of Music.

She speaks English, Spanish, and Portuguese.

Music is a form of culture, and culture is central to the human experience. As musicians, we are both keepers and creators of culture.

It is our calling to invite people into a participatory cultural experience, thus facilitating the full range of human emotion - from singing to a loved one as they pass, to the joy for dancing in the streets on Carnival Tuesday.

As keepers of culture, we must study, understand, and respect our traditions in order to be able to share them with others. It is our duty to challenge the ways that culture and tradition have been used to oppress.

​As creators of culture, it is our job to build and embody our dream for the world. We respect and honor what we, ourselves, and each other, create and give voice to. We know our work must be in dialogue with our communities, serving to express, inspire, and challenge.

Claire is a composer and arranger in a variety of styles and genres.

Dido's Lament, from Henry Purcell's Dido and Aneas, was an early arrangement for trombone choir. Here's the Apple Music preview of Dido's Lament. Score and parts for this piece are available in PDF form for €20.

Claire's many of the clips for Merge Left and Oakland Stompers are arrangements of hers. Claire also composes new works, such as the music concrete piece below, which was featured in the SF Tape Music Festival in 2017.

Please contact Claire[at]clairehaas[dot]com to purchase scores or to commission new works or arrangements for brass band, brass ensemble, big band, or other ensembles. 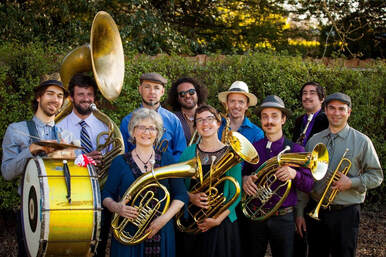 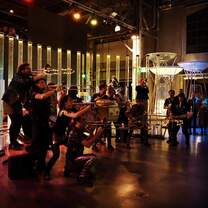 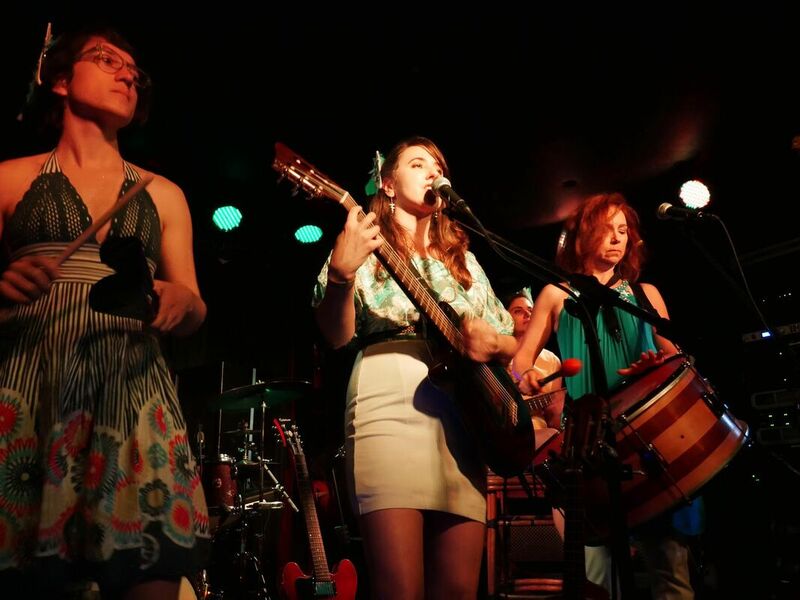 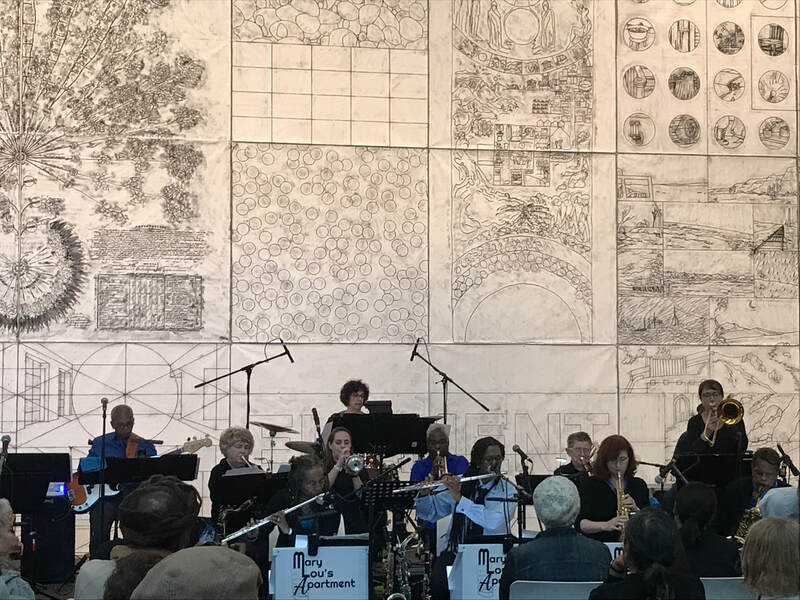 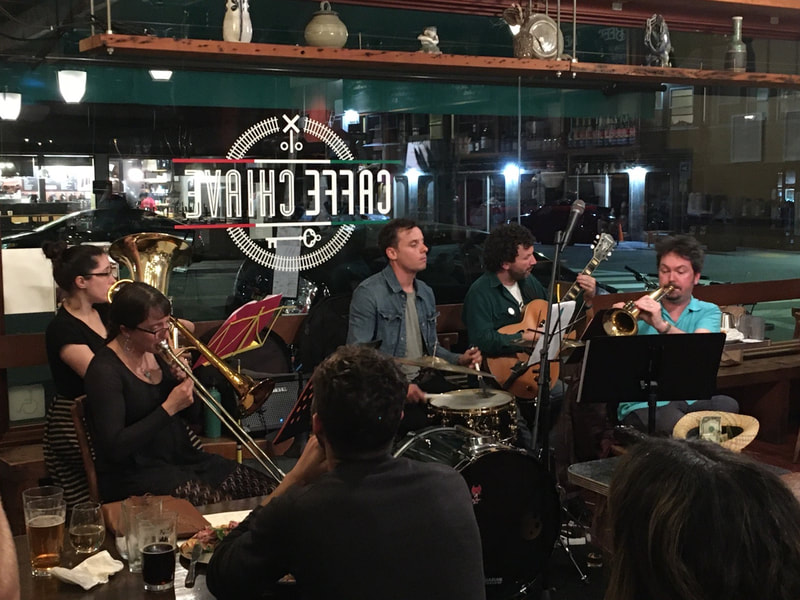 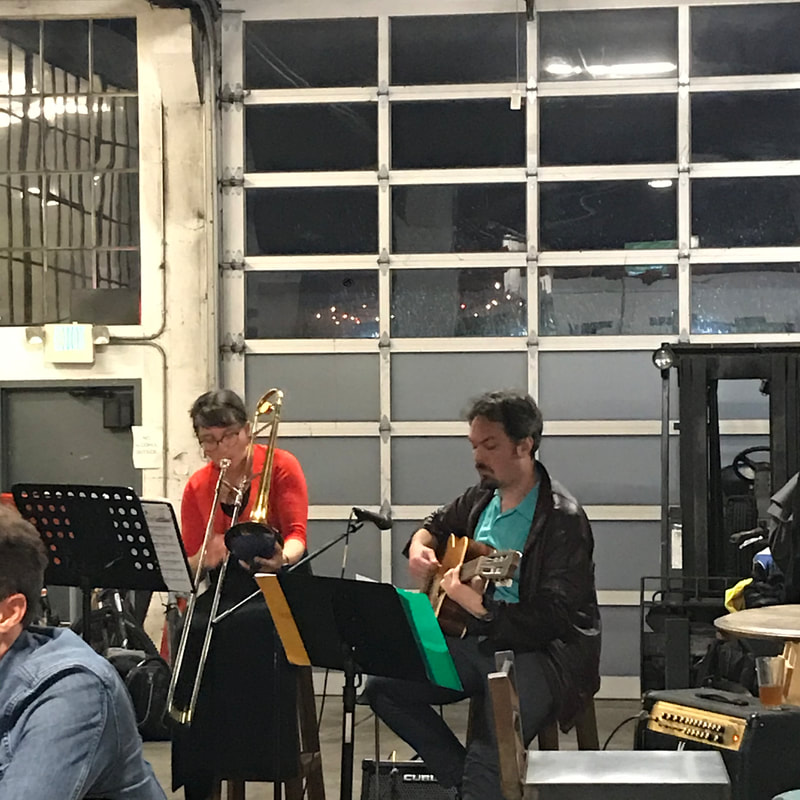 Mary Lou's Apartment (Berkeley, CA)
An all women's big band that plays the music of jazz legends trombonist Melba Liston and pianist Mary Lou Williams, this band is a dream come true for Claire. The band plays some amazing compositions, many of which are little-known. Check them out to hear this beautiful celebration of women in jazz. (2018-2020)
Gringa (San Francisco, CA)
​An aptly titled band of non-Brazilian women playing Brazilian music, Claire played trombone, assorted percussion, and sang backing vocals. (2016-2018)
Mission Delirium (San Francisco, CA)
Claire was a founding member of this booty-shakin' brass band collective. Be sure to wear your dancing shoes when you come to see them play a broad range brass band styles designed to make you dance.
(2013-2019)
Fanfare Zabaleta (Oakland, CA)
Claire played baritone with this Balkan brass band dedicated to this amazing tradition of music and dance. (2018-2020)